Full show notes: http://chatwithtraders.com/ep-001-jerry-robinson/ – – An in-depth interview with a man who has a thriving passion for understanding and trading markets – Jerry Robinson, a veteran trader, author, serial podcaster and the Founder of FTMDaily.

Back in 1997, a work colleague let it slip that he had been making a tidy profit buying and selling stocks, Jerry took an interest and shortly after began trading with a $700 account.

But it wasn’t smooth sailing from day one, Jerry had his fair share of up’s and down’s, as you will soon discover from listening to this interview. Better yet, you will also hear about what he learnt from these, and how he now profitably trades the market.

– Avoid stock tips from an uncle at the Thanksgiving dinner. Meaning, be careful who you listen to and only take advice from informed traders.

– Jerry believes most traders fail simply because they don’t have a set of rules and a system that they stick too.

– It’s important that you don’t ever let a gain turn into a loss. Knowing when to sell is incredibly important.

– A personal story about what motivated Jerry to become a successful trader and opened his eyes up to the possibilities trading can offer.

Music for Work — Improve Your Productivity

FOREX TRADING – A FREE GIFT To Organize Your Trading

TRADING COACH PODCAST 101 – The Recession Was A Blessing 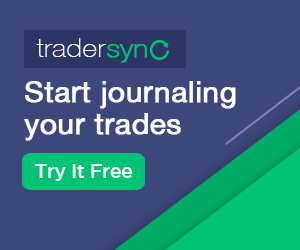